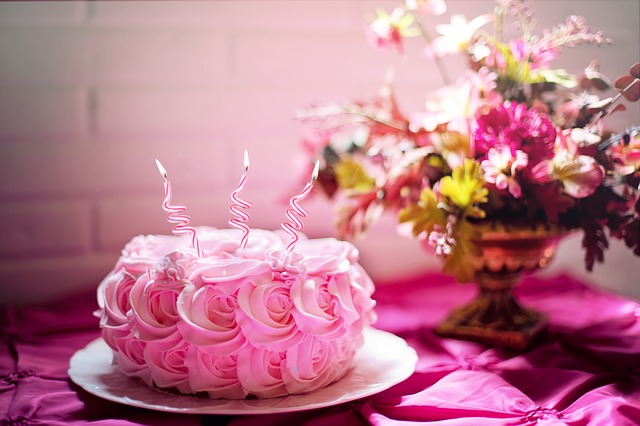 Good food. Good drinks. Good people. Is there anything better than a birthday celebration?

I know you’ve probably got at least a few friends who are going to be marking the occasion in the near future. This year, why not take things a step further with some custom clothing? I’ve collected a few of my favorites below – see if you can find anything that gives you a spark of inspiration, then hop into BlueCotton’s Design Studio to get started on a custom piece of your own.

It gets funnier the older you get – I think. Maybe.

30 is a pretty big milestone, and a pretty weird age. Everyone older than you thinks you’re an adult, and everyone younger looks down on you as a kid. This shirt taps into that irony.

I mean, obviously, the correct one is option D. Most of the time, anyway.

5. Straight To The Point

I like to think that the older you get, the more direct you become. After all, at a certain age, you don’t have a whole lot of time left to mince words.

Our next entry is probably the most relatable on the list – if only because it’s way too true.

Let it never be said that people lose their sense of fun and adventure when they age.

Hey, young people tend to be idealistic and naive. The older you get, the more you realize their foolishness, right?

I’d say that’s an accurate representation of how most people feel on their 40th birthday.

10. Adding Up The Numbers

Personally, I think it’s pretty awesome if you make it to 50 without losing your sense of childhood wonder.

Some people like to say they age like a fine wine. This shirt’s a little more realistic. Plus, wine eventually turns to vinegar when it gets old enough – so that should say enough.

That’s certainly one way to look at it (the only way, some might argue).

Hey, some people find that charming.

15. And Have A Drink Or Four While You’re At It

Our next entry is yet another riff on the classing saying – and one that moves away from the old age card a bit. I think we’ve explored that avenue enough for one piece, wouldn’t you agree?

A great choice for the friend who thinks they’re all that and a bag of chips. Provided you agree with them, of course. Though I suppose you could purchase this one ironically, too.

Not a whole lot else to say here. There are few better excuses to get roaring drunk than someone’s birthday, after all!

18. Getting Close To The Endgame

I mean, you don’t necessarily have to buy this one for someone’s 40th. You can easily get it for any gamer in your life.

At least, that’s what we say to take the edge off of aging.

Got a programmer or tech geek who’s birthday is coming up? They’ll probably get a kick out of this one.

21 is a pretty big banner year for most people. Why not celebrate it in style with a shirt that shows everyone where your mind’s at?

Birthdays are pretty important occasions. Next time a friend of yours celebrates one, whether it’s a milestone or they’re just another year older, bring them some custom clothing. It’ll make the occasion a whole lot more memorable, I’m certain.